The vote leaderboard has now reset https://mineville.org/vote/​
​
Congratulations to the top voters! You will be receiving the giftcards today.​
​
There will be 2X VOTE REWARDS until Friday! (June 1st - June 7th)​
​
| STAFF PROMOTIONS ?
| TOP ISLANDS ? 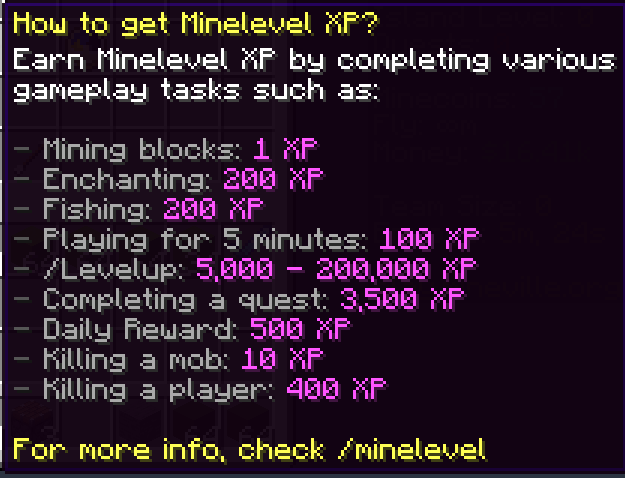 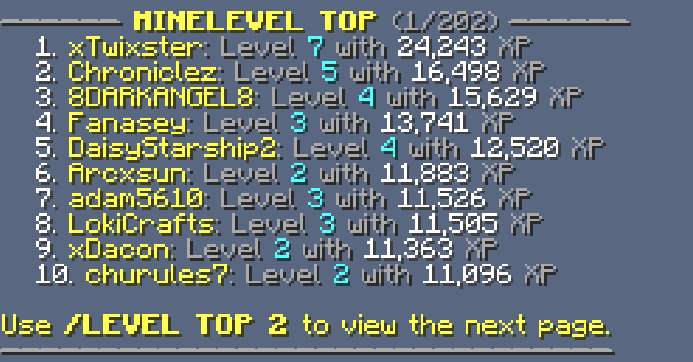 ​
We will be adding level milestone rewards this summer, and more ways to earn XP. (You will be able to claim unclaimed rewards don't worry)​
​
​
​
Continue…

Hey!
We will be releasing Space Survival on Sunday, May 26th at 2:00 PM EST.
This is a complete revamp for the Hell Realm as we are changing the theme, the main mechanics of the realm, and features. We won't be going into detail about each change on this thread; you can come check out for yourself all the changes on Sunday!

Brief list of changes:
What does this reset mean?
Reset Vault
To access the reset vault ingame, use /resetvault.
In this vault, you can store specific items which you will be able to access in the Space Realm after its release.

The reset vault will close down on Friday the 24th.

Join https://discord.mineville.org now and stay up-to-date with all news and updates.


The vote leaderboard has now reset https://mineville.org/vote/​
​
Congratulations to the top voters! You will be receiving the cubits tonight/tomorrow morning.​
​
There will be 2X VOTE REWARDS until Saturday! (April 30th - May 4th)​
| STAFF PROMOTIONS ?
| TOP ISLANDS ?